AKA, I can too enjoy life! (That will have more context tomorrow, when my newest Tor.com post goes up.)

Here are my absolute favorites: 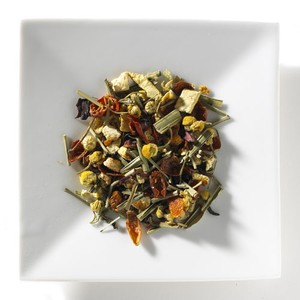 Lots of herbal teas I’ve tried are disappointing in their “full leaf” forms: often made from spindly little shattered herbs, rather than the broader leaves of most other teas. And quite a lot of herbal teas seem to insert “citrus” flavors via dipping the herbs in some kind of orangey liquid.

Chamomile Citrus is different. It has actual bits of citrus peel in it, for one thing. It’s the best chamomile tea I’ve ever, ever had. 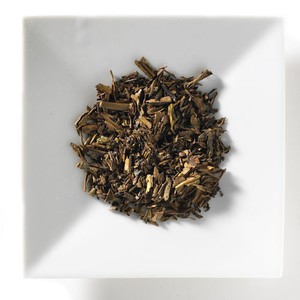 The Republic of Tea has a version of this they call “chop wood, carry water” tea, and my, it’s a wonderful tea to drink while working—less caffeine, even less than normal green tea, but with a roasted and nutty flavor. It’s how I always wanted coffee to taste.

The Mighty Leaf version is made of pure awesome. 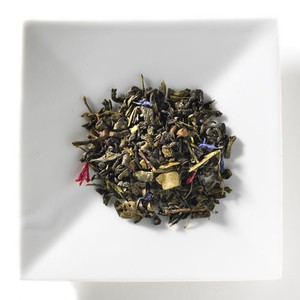 I’m usually not a fan of fruity teas, particularly not “tropical fruit” teas, but I make an exception for Mighty Leaf’s Green Tea Tropical. If you want a sweetish green tea that actually does taste a bit like real tropical fruit has touched it, this is a definite improvement on more pedestrian green tea when accompanying meals.

Although “meals” for me are still rather Asian in nature, so I dunno if it would work well with, say, a Big Mac ((That somehow seems wrong.)), but the thing is I could see it working. But I’m not going to try to find out. 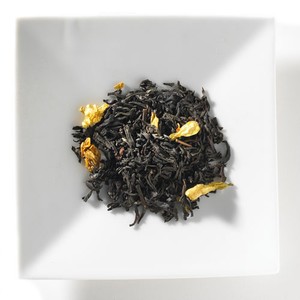 I was always fond of Earl Grey (including Twinings’ Lady Grey and the Republic of Tea’s Earl Greyer), especially with milk. That’s a bit dangerous for me, because I’m lactose-intolerant.

However, Orange Dulce from Mighty Leaf is rather like drinking a good Earl Grey with something sweeter, but not too sweet, mixed in—i.e., the bergamot oil is present, as well as sweeter orange notes and a good dose of vanilla. I’d call it milkish, but vanilla does that to me these days. I haven’t had real milk in years.

So, Earl Grey with the milk and yet without the milk. Also, Mighty Tea does a good Earl Grey. 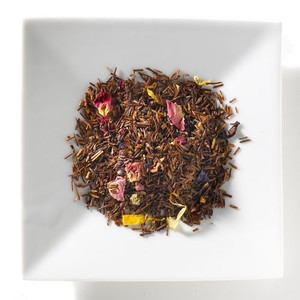 I’ve been experimenting with rooibos tea a bit ever since I tasted Republic of Tea’s Little Citizens Strawberry Vanilla Tea, and have found it wonderful for holding sweet tastes, like vanilla and chocolate and, well, really desserty stuff. Way better than black tea.

However, sometimes I want an actual non-dessert rooibos tea, and so far, African Nectar is like… drinking African Nectar. I like it in the afternoons, when I’m not drinking the Hojicha.

More teas I want to try include Calming Moon (which has been commented by some to be like Celestial Seasoning’s Sleepytime, but prepared by the gods), more Chocolate Mint Truffle (the sample I just had was excellent as a chocolate tea and, of course, based with rooibos), Kyoto Rice Green Tea (i.e., popcorn tea), and… I don’t know. More!

Mint Marrakesh and Bombai Chai are for next evening. Or sooner. I think I’m going to have a cuppa of Chamomile Citrus though.