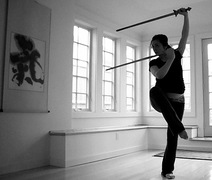 In Sweet Dreams on Auria Cortes’ blog, she talks about how her drive to fulfill her dreams went against the traditional wisdom of “balance”, yet still worked.

I admit, this is the sort of thing I like, because it’s a reminder that traditional wisdom cannot be applied straight in every case—like anything else, there are many factors involved.

Let me tell you a story.

You are… 16. Still in high school, which is a terrible place to be in if you are who I am: someone who just doesn’t fit in. The whys and wherefores are unimportant for now. Or that’s what you tell yourself; you’re only alive when you’re at school or studying, because at other times….

Well, that’s enough of that.

As it happens, you’ve been nominated to compete in some sort of international high school writing competition. You and three others stay after school one day to spend three hours (no more, no less) writing a piece in response to a question. Writing is one of the things you do well in; sometimes, you feel, it’s the only thing you do well in.

And you don’t have to go home for… well, it can be stretched to four hours.

Each person gets their own empty classroom to write in, as it turns out. You get the English room. This should settle you; it’s a familiar room in a class you do moderately well in.

You’re expecting the topic to be something about literature. You analyze well, break things down alright, even if your interpretation is off sometimes. If it’s about your typical English topic (Madame Bovary? Pride and Prejudice?), you’re scott free.

Breathe in. Breathe out. A little under three hours left.

Open the little booklet to find your question.

Your topic is to write an essay about violence in America.

That is the absolute worst question you could have gotten. At history, American or Political or World, you FAIL.

Now your heart is racing. Despite everything, you care about what you do best. You want to do well. Doing well at school is what matters in this world. It means you’re worth something.

The key to success at school is: what does the teacher want? Or, in this case, what do the members of the board that created this competition want?

They’re teachers, so you’re working with a known general mindset. Good. Whoever assigned this question was probably some kind of political studies creature. Even better. In a manner of speaking.

Essays in school follow a kind of formula. You know what I’m talking about.

a) Start with your thesis.
b) Lay out your supporting points (3 to 5).
c) Write one to two supporting paragraphs for each point.
d) Provide a balanced point of view, while being persuasive.
e) Summarize and re-state your thesis.

Except that your heart is beating so fast, and you’re sweating even though the room is cold, and the buzzing of the fluorescent lights fills your head entirely.

One more thing. You’re no good at this kind of writing.

There is nothing else for it.

Maybe it’s the situation. Maybe it’s because you didn’t eat lunch. Maybe you’ve just lost your little mind because the deck is stacked against you.

You’ve crumpled and thrown away enough paper to need to ask the teacher standing guard outside the door if you could have some more, please. She gives you an odd look, wondering if you’re writing a book in there. You smile, and feel ill.

Now you stare at the blank page. You look at the clock.

There are only 45 minutes left.

You want to swear but suspect the teacher outside would just give you a detention, and you really don’t need that on top of everything else.

Taking stock of the situation, i.e., yourself:

a) You are analytical.
b) That is not the same as objective.
c) That is why you are not good at this kind of essay.
d) And because of (a), you know acutely (c) to be true. Just jolly.

You can’t give the teachers (board. whatever) what they want.

But you can’t have nothing to show for all this time….

Another thought. What kinds of essays did you like to read? Because you generally hate reading them, almost as much as writing them.

Well, you liked rather risque things. A Modest Proposal. Anything written by Mark Twain. Unusual products of satirically diseased minds. If they followed The Formula, they did it with such outrageous cheek that you couldn’t help but be amused.

It’s not the Approved Way of Doing Things.

To hell with it. You’re not going to walk out of here with nothing.

Violence disgusts you; you know it first hand, every single night. It’s your constant companion, day in and day out, that you try to drown out with figures and math and too much Emily Dickinson. If you could, with your Papermate Erasable, strike out every moment of violence in your life, you’d do it.

No, what you write isn’t anywhere near to objective, nor anywhere on this side of reasoned; it’s an off-kilter freak ride where you suggest maniacally that violence is the best thing for America ever, and here are the four points why, and here comes the support…. you follow the formula, ripping at it, beating it, kicking it in the gutter in a way you can never do to your father.

You have never written like this before. The words race across your mind, setting it aflame, burning across the paper like wildfire. If this is living, then you were dead before.

You finish with just barely enough time to scan through and try to correct any misspelt words that you’d just die if you left them that way.

You hand the essay to your teacher as you walk out, and you go home early, because you can’t stand the school anymore for that night, even knowing that your father hates it when you’re late coming home.

You manage to win. It’s very strange. You are not quite sure why. Except that some teachers are, apparently, aliens.

Over a decade passes.

You are sitting in front of a Mac Book Pro, feeling miserable because you just found out that, due to where you work, publishing a book is a dream you can’t yet realize. This seems mightily unfair after NaNoWriMo 2007, where you did manage to cross the finish line with 140k words.

So here you are, blogging. You hope to build a reader base for that time in the future when you can publish a book.

But really, you want to write and have your stuff reach an audience. Somehow, that is so like you.

There’s this book you really like. It really spoke to you. (It has an incredibly long title and is written by someone with the unlikely name of Scalzi.) So you sit down to write a review, because you owe him at least that much (in addition to buying the book).

You try to write an objective and balanced review.

You are frustrated with yourself, because it’s become blindingly apparent to you these last few months that you can’t write objectively to save your life. This is a major pain point, because people don’t want a biased viewpoint blathering away….

Then write the most non-objective review you can think of. Heck, half of it doesn’t even relate directly to the book, but to how the book changed your thinking.

People seem to like your review. It is a bit strange. No comment about aliens. Look into the abyss, blah blah blah etc.

You were always a bit ashamed to be a Leo. Leos are showy attention-getters, ultimately a bit self-centered, maybe less brainy than other signs. They roar loudly and feel strongly. If balance were a species of antelope, they would smack it around far more than their usual prey before gutting it with glee.

Now you aren’t ashamed anymore. (Well. Most of the time.)

You’re not just a Leo. You’re a Leo who listens to Power Metal and Is Blogging This.

And you’re damned proud of all that.

This post is part of the February AbsoluteWrite blog chain, where the topic is “balance”. Next up is Organized Chaos.

Here are all the participating blogs:

27 thoughts on “Blade off the Feather”