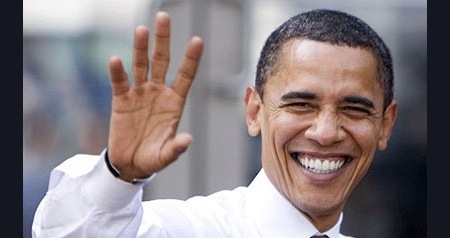 Less than 24 hours ago, I dreamed of Obama.

I don’t know what to make of it.

Note: Much angst follows. They say (they being psychology dudes) that PTSD is reduced through the telling of war stories. Not the boastful kind, but the kind the old vets tell at the bar in quiet tones. This entry is like that kind, except for child abuse. And you know. That really harshes a lot of people’s mellows.

If you’re here because of a search for “Obama dreams” or possibly “what do Obama dreams mean?” this is likely a more interesting link for you to follow.

I don’t sleep much right now. I have acute insomnia, and I can’t take sleep medication because I can’t be boondoggled when the page (indicating inevitably that things have gone to hell) comes in.

The combination has left me in bad enough condition some days that I don’t want to risk driving in. Like today. Like yesterday. Like Friday and the entire weekend.

Yesterday sleep caught me during the afternoon, as I was sick in bed, working from home (the previous day I worked late into the night, and ate fast food, which was a dumb thing to do on my currently delicate stomach).

And I dreamed about Obama, for some reason, wanting to visit the island. Like an ambassadorial thing, and apparently my house was the only place to host him (and his family!) in the entire neighborhood. My house was also bigger, and full of strange passageways as construction workers and interior design people enlarged my house and made it worthy of a presidential visit.

Some things were very weird, of course (like the shaky underground passageway, with plywood uneven stairs, which I suspected led down to a situation room of some kind, and the Secret Service men didn’t let me go down there).

Michelle was very nice and supportive, and the kids were curious about some of the more unfortunate things in my life as I wandered through the changing house and ran into them. I don’t remember the details, but I remember the subjects: the depression, the insomnia, the PTSD, the inability to connect to people at times, my immaturity, my naivety about the world, a life that has no roots and probably will never grow any.

(Hm. Is all that why the house changed so much?)

Of course, I’ve been suffering from anxiety about my job, due to my recent sicknesses and the slow but steady drain of sick, then vacation, days. I’m about to go on a vacation, in fact, partly because I just can’t take things any more, and partly because it’s a yearly thing for me. I’m nervous about that, too.

I saw Obama on the lawn, I think even spoke to him, though I don’t remember what, and then I woke up and realized I’d slept through a meeting I was supposed to conference into. Oops. Not job-losing oops, just… “man, AJ’s losing it a bit” oops.

It’s not completely my fault. They had been trying to reach me, but the phone (which is a land line) didn’t let them through.

What does it all mean? I don’t know. I felt more confident in my dream. That translated into some productivity (after urging from a friend over the phone line that currently only works one way, out, because some Qwest support team in my area are morons). For the first time in ages I actually took a little more care of my home and personal tasks (piling up dangerously). I’ve been too busy. Or something.

I have always sacrificed as much as I can to work, and to others. To me, that is the manifesto. I think I do this because it’s the opposite of what my parents did. I think I do this because I feel that I have no other value in life, always comfortable being the power behind the throne, never one to really care about what happens to me, because no one really gives a shit about that, and why should they?

I’m really not worth it. And I’m an inefficient worker at best; I have to give it every last effort, every last bit of me, because otherwise I can’t keep up with everyone else. I’m a dumb bitch, you see. I say that without any sarcasm.

Yeah, it’s a lot of self hate. I hate myself very much, actually. Sometimes I wish I would die in a fire, because of my very worthlessness as a human being.

But… this dream is weird. It’s not a dream I should dream.

The dream says, you are worth it. It says, you should do stuff with your house at the very least. It says, and that still isn’t the end of the world. And possibly it indicates that I think too much of Obama, or at least that I think of him as a hero archetype.

I haven’t really thought of many people as heroes or role models. My parents are not; they are abusive and horribly selfish people. John Scalzi, he’s one of them (and I think I’m crossing a line here, but I don’t know why I do). But I don’t dream about him because I see few of his pictures, really, and he’s a net voice to me. I think his current Reader Request Week (2009 edition) is making me reflect. Especially his Having Been Poor column, a kind of follow-up to his Being Poor column of several years ago.

I hate myself. But I shouldn’t. But I should and I do. Yet I probably shouldn’t. I’ve done a lot with my life that other people wouldn’t have been able to do, and haven’t done.

I just wish I knew how to turn off the father in my head, the one who said, so many times as he threatened to kill me and nearly did a few times, that I should have died in the womb.

I don’t know how.

Maybe I need to replace him with Obama, or at least, some ideal of Obama, separate from the man himself (who has his faults, after all; and he is a politician). Maybe my mind is already moving in that direction because it knows that way lies survival, or at least a betterment.

Some people will laugh at me, or deride me, or whatever, and I don’t think I really care, because nothing drowns out my father, except sometimes heroes.

By the way, lots of people have had these dreams. They vary. I don’t know if I’ll buy the book (and if it doesn’t come out in ebook form that I can put on my Kindle, I won’t; that alone has been a useful filter in a world where there are too many books to read). But I wish I knew for sure, objectively, what my dream meant.

And I wonder if, now, that this is off my chest, I will drift back for a few hours to that dream.

Or will I drift to the nightmare of being back with my parents? It’s a decreasing percentage, for sure, goes down every year. But when it happens, I am a total wreck.

Okay. Cross fingers, maybe put a little Obama picture on my nightstand, maybe put Obama on as a Kindle 2 screensaver, which is kind of my mental equivalent anyways since it sleeps with me in bed. (Yea for TMI.)

P.S.: There was a disturbing element in the dream. There was a guy, a neighbor who doesn’t exist because the people around here are nice people, who lived across the street from me in my dream and carried all sorts of race-hate rallys across the street, though no one joined him and indeed averted their eyes and shuffled their feet if they were nearby. I don’t remember him hating Obama. I remember him hating me. I don’t remember the slogans or anything (crudely painted in red and blue on a white bedsheet stretched between two trees… that also don’t exist… in front of a huge McMansion, also doesn’t exist). It was scary. But for some reason okay (in that strange dream logic; in real life that would have traumatized me or at the very least triggered some bad PTSD-related episode).

P.P.S.: No, I don’t know how I survived my childhood. I probably have done something to my head, too; one of the ways I got him to stop abusing me and my mom was to beat my head against the wall until he went away. Not hard enough to knock myself out. But I can’t help but think that I traded living for some kind of subtle brain damage that’s doing something, I have no fucking idea what.

2 thoughts on “Confessions and Dreams Over Troubled Waters: Obama Visits”